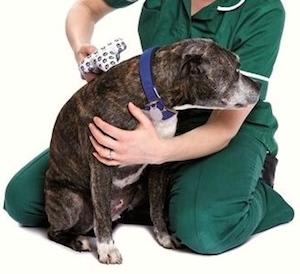 North Carolina's lost pets now have a better chance of finding their way home due to a new law requiring that all animals picked up by animal control be scanned for microchips.

According to the News Herald, Senate Bill 626 was signed by Gov. Pat McCrory on July 29 and went into effect Jan. 1.

The new law is supported by American Kennel Club data finding that pets with microchips are as much as 20 times more likely to return home, the News Herald reported.

Teddy Stamey, assistant director of Burke County Friends for Animals, said people still need to remember to update their phone numbers so the most recent contact information is displayed when pets' microchips are scanned.

Stamey also told the news that she supports the use of dog tags as another way to help identify lost dogs.

"I'm a big believer in tags, especially rabies tag," Stamey said. "If it's an animal that's free to roam, it's a good way to return it to their owner."

"For someone who was in the position I was in yesterday, it'll make me more comfortable knowing that's there," said Lindsley.